Stay connected and in-the-know with the City of Kenmore's communication tools below. To subscribe to email updates, click here. 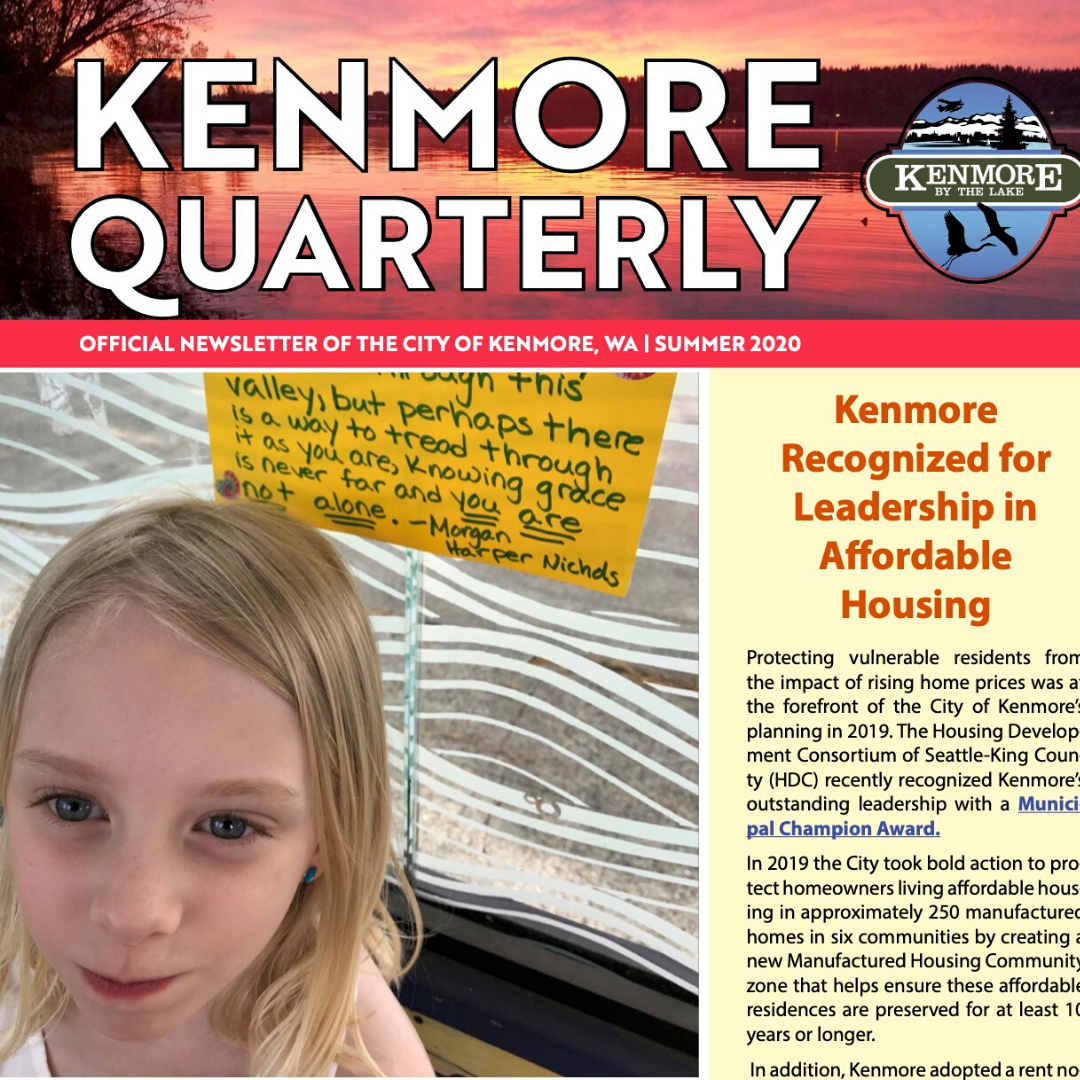 A proclamation was passed announcing June 19th as Juneteenth in Kenmore. Juneteenth is the oldest known public celebration of the end of slavery in the United States, marking the day in 1865 that news of Abraham Lincoln’s emancipation reached Texas, and all slaves were announced free. Juneteenth commemorates African American freedom and celebrates the successes gained through education and greater opportunity. On a larger scale, the celebration of Juneteenth reminds each of us of the precious promises of freedom, equality, and opportunity which are at the core of American values.

In addition to the Juneteenth proclamation, Kenmore Mayor David Baker signed the Obama Foundation’s Mayors Pledge; a call for mayors, city councils, and police oversight bodies to address police use of force policies. In response to the recent killings of George Floyd, Breonna Taylor, Ahmaud Arbery, and the many other lives lost at the hands of police each year in America, the pledge aims to take steps towards reforms that will combat police violence and systemic racism within law enforcement.

The pledge commits that the mayor and other city council officials will commit to the following actions in the local Kenmore community:

In addition to signing the proclamation and pledge, Councilmembers took 8 minutes and 46 seconds of silence at the beginning of the meeting in memory of George Floyd. During the closing comments, multiple members of City Council gave moving speeches in response to current events and the Black Lives Matter movement, committing to standing up against inequality in our community.

“We deserve a fair and just world and it is going to take work to get there,” said Councilmember Melanie O’Cain. “We need to look to our truth and stand for it and keep standing until we have a fair and equal society for all Americans that we can be proud of. Now is the time for us to choose a path of action and love. It is the only path towards a healthy society.”

The June 8, 2020 City Council meeting video recording can be found online at: https://www.youtube.com/channel/UC5M2Jyz38UIea_Q-RKXE0og/playlists