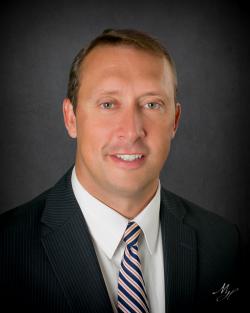 Following a nationwide recruitment, Robert G. Karlinsey was appointed by the Kenmore City Council to the position of City Manager in February 2012, and officially assumed his duties on April 23, 2012.

Rob was formerly the City Administrator of Gig Harbor, Washington from January 2007 to April 2012. Prior to Gig Harbor, he served as the Deputy City Manager of University Place, Washington. Rob is a Western Washington native and holds a Masters Degree in Public Administration from Brigham Young University.  He has been serving in local government since 1994.

Propelling Kenmore Upward: We create a thriving community where people love where they live.

Kenmore has a Council-Manager Form of Government

The City of Kenmore is organized as a council-manager form of government. This form is the system of local government that combines the strong political leadership of elected officials in the form of a governing body (the city council), with the strong managerial experience of an appointed local government manager, or in our case the City Manager.

The council-manager form of government establishes a representative system where policy and budget authority is concentrated in the elected city council and where the council hires a professionally trained manager to oversee the delivery of public services. As noted above, the City Manager is the only employee hired by the City Council. The City Manager implements the City Council's policies and oversees all City departments.

More information about the council-manager form of government.