Many Photos provided by the Kenmore Heritage Society

The Story of Kenmore
Kenmore was primarily dense forest for many years while neighboring cities Bothell and Woodinville were being built up, and was mostly owned by investors. One of these investors, Philo Remington (inventor of Remington guns) sold some of the investment property to his son-in-law Watson C. Squire. Squire was the last territorial governor of Washington State and one of our state's first United States Senators. He erected a water tower and the availability of water attracted water squatters. Shirl Squire, his sister, a landscape architect in Massachusetts, had planned to make it into a residential waterfront park complete with lagoons, but Squire died in 1926 before he was able to build it.

Kenmore was named by John McMasters. He and his wife, Annie, were originally from the small town of Kenmore, Canada - 40 miles south of Ottawa. They arrived in Puget Sound in 1889 and leased land at Kenmore from Squire and named the area after his old home town. He took over a mill started by Fir Lumber in 1903 and at first was partnered with Chris Kruse, but bought him out in 1905. At first Kenmore was only the mill, its cookhouse, manager’s house, bunkhouse and a few worker shacks. The mill was just at the edge of Lake Washington, where logs were floated to the area to be made into shingles for roofs and the sides of houses. The mill employed 35 - 40 men and stood east of the present Premix plant on the flat land beside the river. The mill burned down in 1923.

The Red Brick Highway, which was first called Squire Boulevard in Kenmore, then became Bothell Brick Road, opened in 1913 and stimulated growth in Kenmore.

After the end of the first World War, the Puget Mill Company (Pope & Talbot) offered small tracts of land. Homes were built north of the highway and between the main intersection and Swamp Creek. Progression of the Moorlands also started about the same time, especially after a bridge was built across the river about 1918. The Mitchell family built a store in 1919 at the Kenmore crossroads and the first service station went in the following year.

During the second half of the 20th Century, the population of Kenmore grew quickly. On August, 31, 1998 it was incorporated, making it the newest city in King County.
Kenmore's History Book 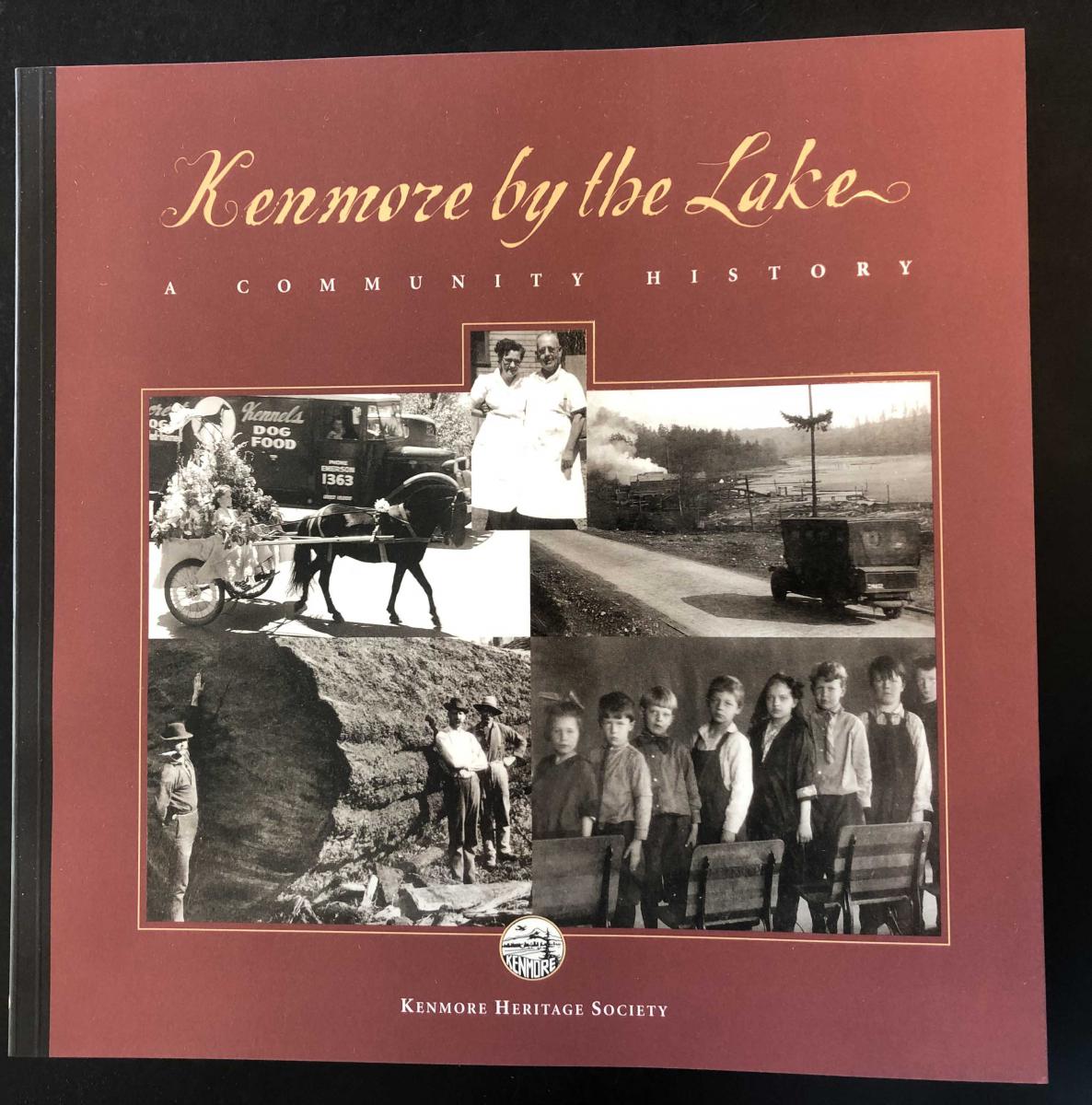 Check out the Kenmore Heritage Society book,
"Kenmore by the Lake - A Community History"!

Kenmore Heritage Society says, "The Washington Museum Association Excellence committee has chosen the book Kenmore by the Lake, A Community History as a recipient of the Award of Publication Excellence. Research for the book was funded in part by a Special Projects Grant from Heritage 4Culture." 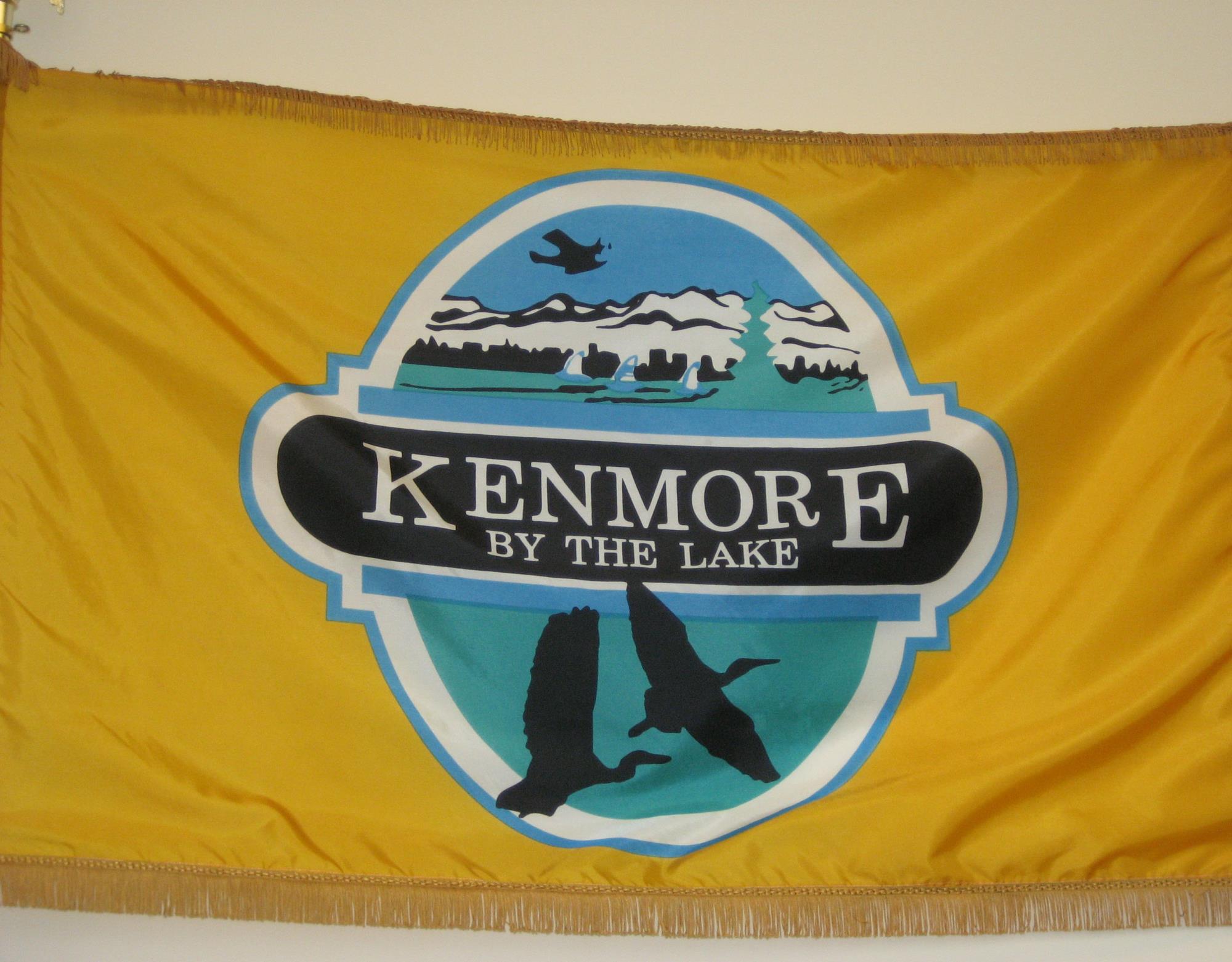 Watch a short video about the Kenmore flag.

History of the Kenmore Flag Video