The second half of the City’s biennium pavement preservation plan is the 2020 Pavement Sealing Project. Over 120,000 square yards of pavement on residential streets will be sealed before the end of summer of this year. The project is broken out into three project areas: Arrowhead, Northeast Kenmore, and Northwest Kenmore. Maps indicating the roads included in these areas are available below. Larger versions of the maps can be found in the document box in the left navigation panel of this page or by clicking on each map heading.

Roads which are being sealed will be completely closed to traffic while work is being done and for a period of time afterwards while the fresh seal cures, or dries. Some areas may have minor patching done in advance of pavement sealing. A planned schedule will be available in mid-July for all work in road closures, and residents on affected roads will be notified directly by mail and door-hanger. Because pavement sealing work is very sensitive to temperature and precipitation, last minute weather delays are possible if conditions are not acceptable at the time work is scheduled.

More information will be added to this page as it becomes available. 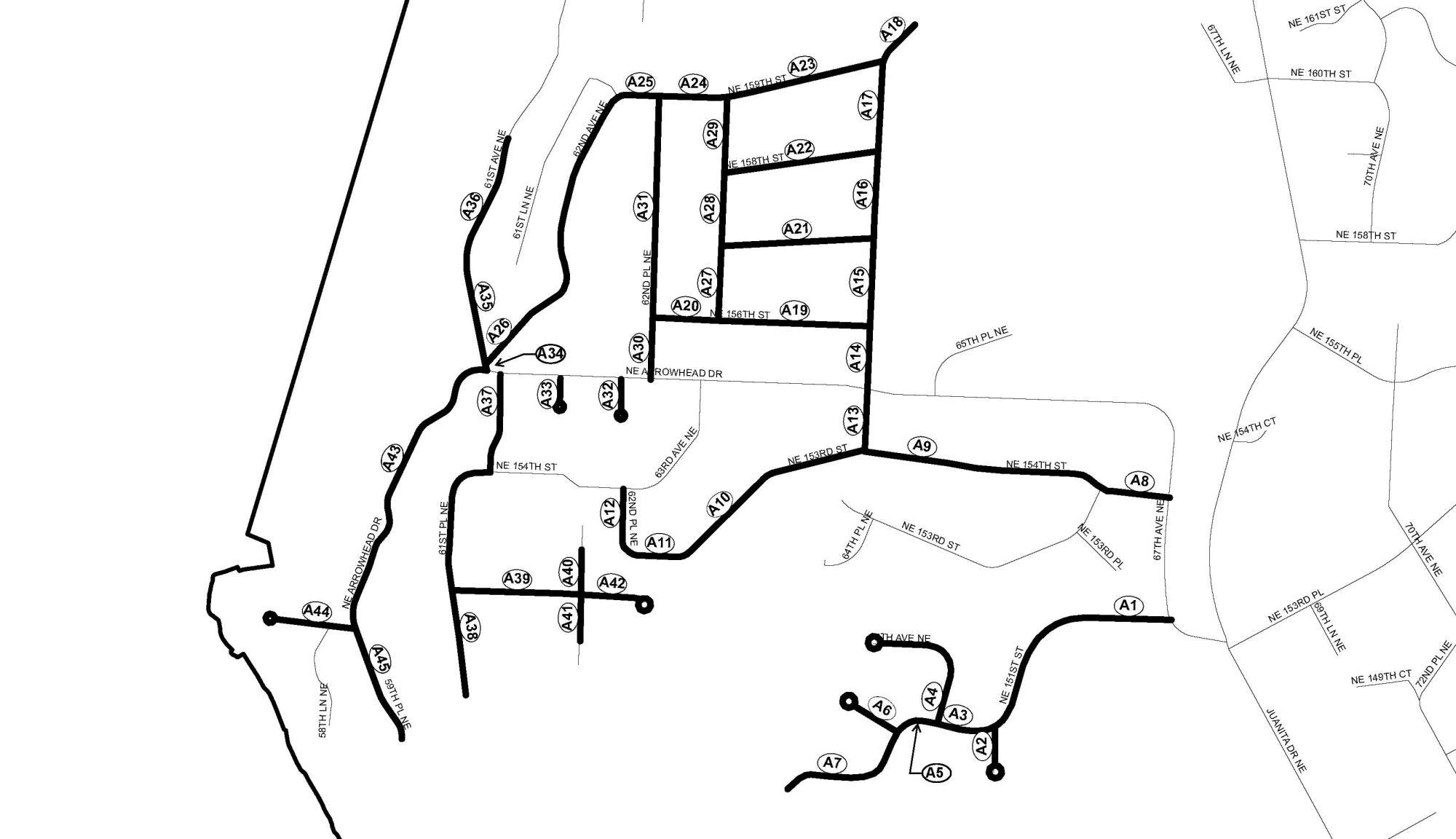 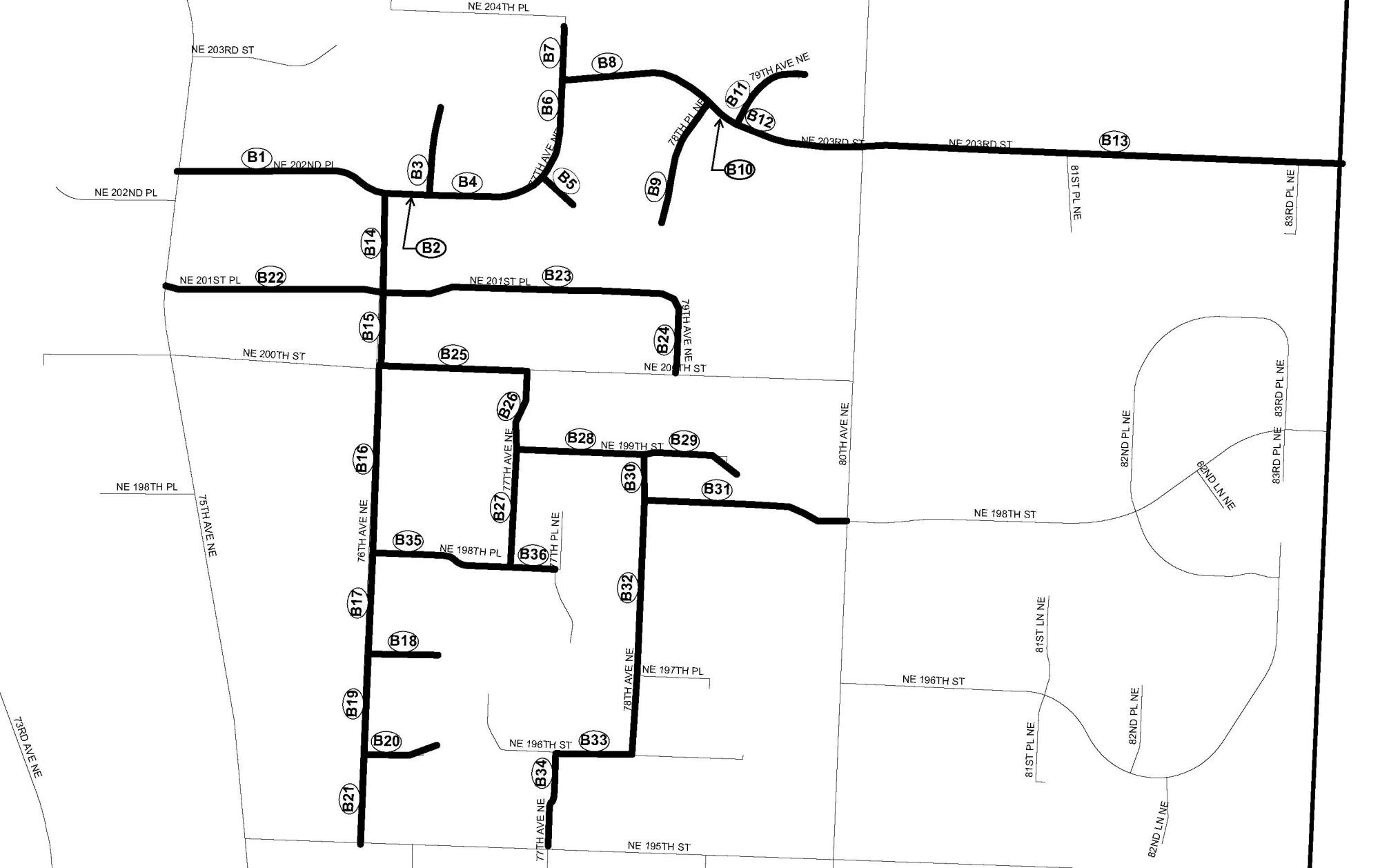 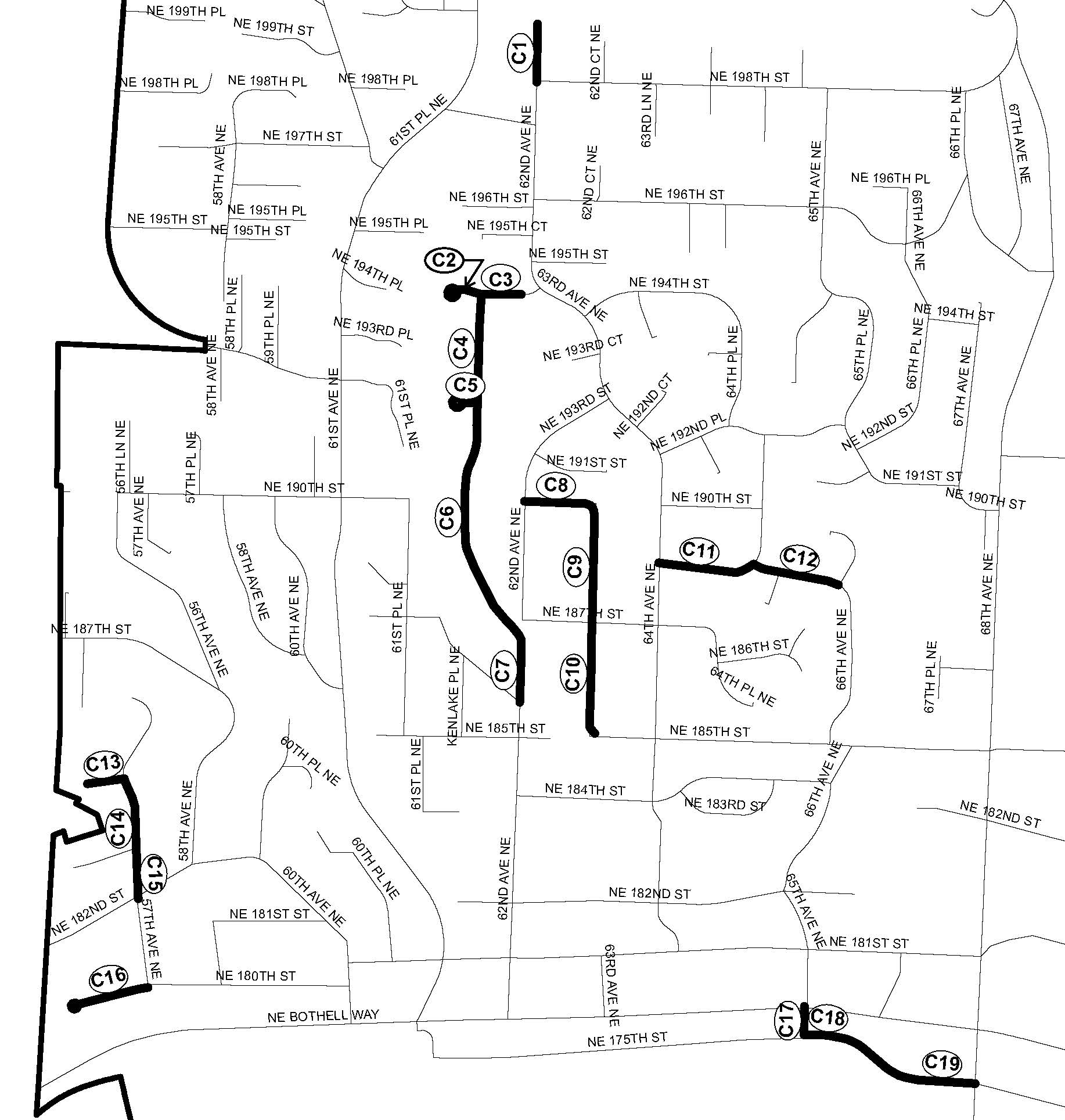 When will my road be closed?
A closure schedule will be available mid-July, but these dates have not yet been finalized with the contractor.
What is pavement sealing?

Microsurfacing differs from slurry sealing in that it contains additional chemical curing agents which allow it to harden faster and be resistant to damage sooner. Microsurfacing also has additional structural properties that allow it to be placed in variable thicknesses. This allows it to be used to provide a level wearing surface when the original pavement surface is uneven (such as when pavement rutting is present).

Some areas of the City are receiving microsurfacing and others are receiving slurry seal, but the end product once work is completed will be virtually identical.

Why was my road not selected?

Pavement sealing is a type of preventative maintenance and roads in need of substantial asphalt repair are not good candidates for pavement sealing. Roads which are good candidates but not included in the current biennium pavement preservation plan may not yet be in need of preventative maintenance, or they may be addressed in the 2021-2022 pavement preservation plan.

How does the work get done?

A specialized truck mixes the aggregate with the asphalt emulsion and spreads it on the road in an area about the width of one traffic lane. Workers following the truck use large squeegees to ensure that the road is covered evenly and the pavement seal has a smooth surface. A typical road may be covered completely in two or three passes, depending on road width. After the work is complete, the road will remain closed until the pavement seal has hardened sufficiently to carry traffic. This curing process can take up to 4 hours; less time in warm weather and direct sunlight, longer in cold weather or shady areas. On the roads where microsurfacing is used, curing will take less time. After all project roads have been completed and have cured, the roads will be swept for loose gravel. Aggregate will continue to shed for several months, and several more road sweepings will be scheduled during this time to remove loose gravel from the road.

How will this impact me?

“No Parking” signs will be placed on affected roads 24-48 hours in advance of work.  Your car will be towed if it is parked on a road on a day when work is scheduled.

Roads will be bumpier and have more loose gravel than usual for several months after work is completed. Exercise caution appropriate to these conditions, especially on hills. This is true for travel for all vehicles and especially motorcycles, as well as travel on foot, bicycle or other mode.

Construction noise will be present on roads during days when work is scheduled.